GEOtrio has been playing house concerts, fundraisers, cafes, churches and pubs since 2010.  We are thrilled to be finally recording our first album!

GEOtrio is Geoff Simpson on acoustic guitar and lead vocals. Geoff has been playing guitar and songwriting since middle school. In the seven years GEO has been a trio, Geoff has written a wealth of thoughtful, up-tempo, acoustic songs which capture the tension between hope and setback, joy and struggle. He has the ability to entertain while communicating his feelings about the predicaments common to human experience. These songs are ready for recording.

GEOtrio is EJ Simpson, the bass, mandolin, guitar playing, singing, songwriting brother of Geoff. EJ and Geoff have been playing together since they were kids, until EJ broke out professionally and started touring with such bands as Johnny's Problem, The Goats, Maggi, Pierce & EJ, and Sweet Briar Rose. (https://www.ejsimpsonmusic.guru/)

GEOtrio is Owen Osborne bringing it on drums. Owen began playing drums and percussion at the age of eight, and has loved creating music ever since. He went on to study music and percussion performance in college.  After graduating Owen began playing with several bands and singer songwriters in the Philadelphia area.  His former band, The Beekeepers, stopped playing in 2014; he has traded one fraternal trio (with his brother) for another. (https://thebeekeep.bandcamp.com/)

GEOtrio booked recording time at the increasingly renowned Bunker Studio in Brooklyn, NY, and will be working with gifted engineer/producer/musician John Davis. We want to make a great sounding, entertaining, and enduring album. We will be laying down basic tracks, adding instrument and vocal parts, and relying on John to help us navigate. We are looking forward to the process and to having a great finished product.

These songs are fun for us to play. We want them to sound their best so that you will enjoy listening to and sharing them. We hope that this recording project will prove to be for our mutual enjoyment and edification.

EJ and Owen are great musicians who have been invaluable in turning Geoff's songwriter musings into tunes that are as fun to listen to as they are to perform.

Recording an album is a big step for us, but we aren't rookies. Geoff has three past CD projects to his name - first recorded in a living room, then in a music room, and finally in a home studio - each one a technical and acoustic advancement above the last. EJ and Owen each have multiple professional recording credits of their own. 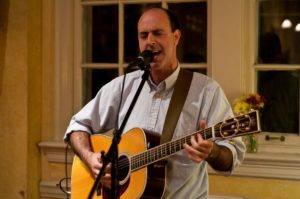 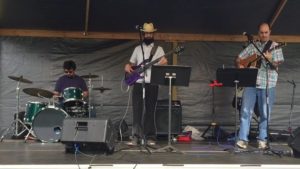 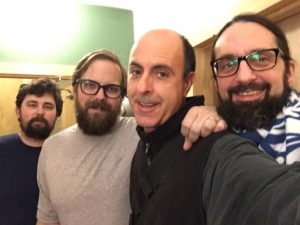 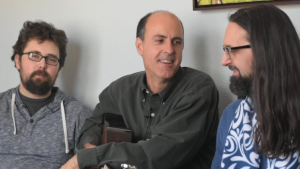 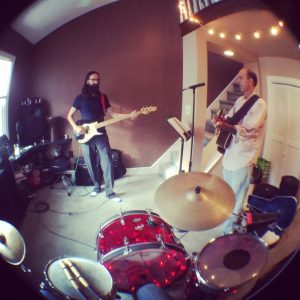